Skip to content
Libraries and Hours Ask a Librarian

Southeast Asia is home to a rich treasure of natural resources and scenic splendors. The question of the preservation of these treasures is of vital interest not only to the countries in the region but also to the larger world. National Parks can be a fascinating portal for exploring the conservation of land as well human interaction with this conserved space. This high-level designation generally tends to confer greater amounts of protection and attracts more attention from the populace. Often only what is seen as the pinnacle of territorial or marine space is elevated to the level of national protection. This raises questions about which portions of territory and which features are selected for preservation, how much territory is designated, and to what degree people will be attracted to a certain park and what impact they will have on it once the designation is official. Parks in Southeast Asia encompass various types of preserved old growth forest, mountains, rivers, and marine life environments, and the different countries have all adopted different approaches to what is preserved and how important this territory is to the relevant countries.

This exhibit samples various parks and other nationally preserved territories from each of the countries of Southeast Asia. It also highlights the various types of territory that have been preserved. We have attempted to convey a sense of what Southeast Asia has to preserve, and what it stands to lose without that preservation. Furthermore, we hope it may also spark a curiosity for increased understanding of the physical makeup of an area of study which is vital for understanding the local peoples and cultures. 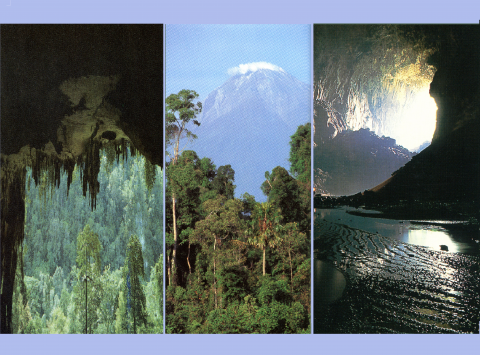